Democratic governors tie themselves to Biden

Democratic governors tie themselves to Biden 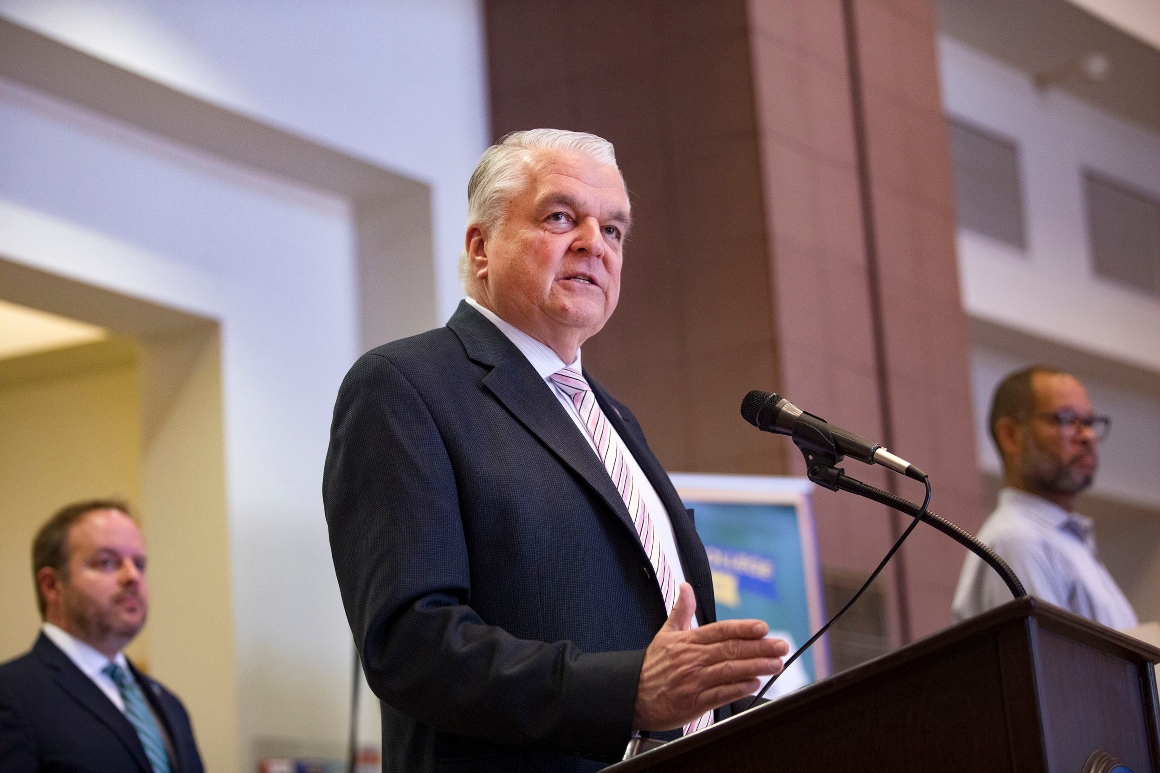 Democratic governors understand why it can be dangerous to be tied to the White House, after many rode an anti-Trump wave to victories over Republicans three years ago. But this time around, they are happily yoking themselves to President Joe Biden ahead of their reelection runs.

The Covid recovery package that Biden and congressional Democrats enacted in March has pumped spending into state economies throughout 2021, pouring money into everything from Michigan’s community housing fund and rural broadband expansion in Wisconsin to a Nevada vaccine “raffle.” Democrats are quick to point out where that money came from: the American Rescue Plan.

The Democratic governors aren’t just trying to tie themselves to a new president who is (so far) retaining most of his early popularity. They are haunted by the beginning of the last Democratic presidential administration, when Barack Obama shepherded through a nearly $790 billion economic stimulus package — and then spent little time selling it.

This time, Democratic governors are betting that an ARP-fueled economic comeback, combined with potentially billions more in infrastructure and jobs spending still to come, can supercharge their state economies and their chances for reelection.

“We’re very happy about the rescue plan, and we want to give credit where credit is due,” Wisconsin Gov. Tony Evers said in an interview. “But at the end of the day, this is about making our economy strong.”

The party that controls the White House has lost governors in every midterm election for two decades running now — including 2010, when Democrats got clobbered and Republicans netted six governorships across the country.

A decade later, on the back of a pandemic recovery package from Biden that’s more than double the size of the 2009 one, Democrats are trying to avoid the same fate.

Evers listed how the state was spending the money, from the broadband expansion to a massive investment in tourism. “As far as that translating into ‘Evers getting reelected,’ I think it’s important that we not only bounce back, but bounce back better. And the rescue plan is helping us do that,” he said.

Other Democrats are heavily promoting the American Rescue Plan as well. Nevada Gov. Steve Sisolak, who is also up for reelection in 2022, kicked off a “listening tour” in the state this week with the state treasurer, where they plan on holding 75 events in 75 days.

“We’re going to the entire state, every corner of the state, to talk to folks and see what they would like us to spend the money on,” Sisolak said.

Democratic strategists say incumbents have to talk early and often about a Biden-led recovery to have a chance of beating those historical norms in the midterms.

“That’s the lesson. Our candidates should have had a good story to tell in 2010, but the problem was we had the other side kind of define the terms of the entire conversation,” said Steve Schale, a Democratic strategist and founder of Unite the Country, a pro-Biden super PAC.

“When you’re running for reelection, it’s always better when you can be in a place where you can proactively talk about things you’ve actually done. And I think ARP gives governors a lot of room to run,” Schale continued.

Biden’s recovery package has been broadly popular so far. A recent Monmouth University poll found that 62 percent of Americans approve of the American Rescue Plan, and that popularity has remained relatively stable since the university started polling about it in April.

And Biden himself has signaled that he plans to campaign off the recovery during the midterms. At a July rally for former Virginia Gov. Terry McAuliffe’s comeback bid, Biden promoted the package, alongside his jobs and infrastructure proposals, as key to the country’s economic comeback. The president ticked through how ARP money can be used on health care, veterans’ care and law enforcement in the state.

But Republicans believe that the Biden administration’s trillions in spending could come back to bite Democrats in the midterms.

“I think what it does it makes the government — what it’s doing, what it’s spending, it’s role in our lives — it makes it all front and center,” said Andrew Hitt, the outgoing chair of the Wisconsin Republican Party.

“It’s the lavish government spending that created that problem” of concerns about inflation, among other worries about the economy, said Jason Cabel Roe, a Republican strategist and former executive director of the Michigan Republican Party. “So lavish government spending can’t be the solution to that problem. And that’s where I think they’re painting themselves into a corner.”

Roe thought his party would be well positioned to run on critiquing the Biden agenda — if Republicans were able to get out of their own way.

“The one variable that we should be able to control — ourselves — is the one thing that is working against us,” said Roe, who has contradicted Republican activists who claim the 2020 election was stolen and recently resigned from his position at the state party. “So I think if we could get our act together, and unify and stop litigating an election we already lost, then Republicans are in a very good position in the state of Michigan.”

Democratic governors’ salesmanship on the federal relief plan also stands in contrast to some of their battleground Republican counterparts. Florida Gov. Ron DeSantis, for example, is using more than $400 million in federal aid to pay for $1,000 bonuses for teachers and for first responders.

But when DeSantis touts the checks, he hardly ever mentions that the money is coming from legislation that was opposed by every Florida Republican in Congress. Instead, the GOP governor has used the bonuses to stress that Florida is not “defunding the police.”

But Democratic party leaders say their midterm messaging is simple right now, and that they shouldn’t overthink it:

“We can point and say that ‘this is what happens when you elect Democrats,’ right?” said Michigan state party Chair Lavora Barnes. “You get money in your pocket to help you get through a crisis, you get the shots moving through the country to make sure everybody is vaccinated. And these things would not have happened under a different administration.”

But a resurgence of the coronavirus could complicate that, threatening the social and economic gains the country has made since the beginning of the pandemic. The proliferation of the Delta variant is particularly threatening to unvaccinated Americans. And some lawmakers and economists fear that, while widespread shutdowns again are unlikely, the new strain could slow the economy just as it was getting up to speed again.

“It’s tough. Delta has thrown a wrench into a lot of the things that we’re all doing, all of the governors,” said Sisloak, the Nevada governor. “There’s significantly more hesitancy and resistance to the vaccination” among those who remain unvaccinated.

Some states have reissued mask mandates, following updated Centers for Disease Control and Prevention guidance that suggested masks for people in indoor public spaces with a significant spread of the disease, regardless of vaccine status. Sisolak announced last week that many counties in his state would have new mask rules, and he has pleaded with his residents to get vaccinated before it is too late.

“I don’t think anybody’s thrilled about having to go back to the mask mandate,” Sisolak said. “But unfortunately I’ve got residents I need to protect, and an economy that I need to protect as best I possibly can.”

Gary Fineout contributed to this report.