Investors sour on cannabis after Democrats fail to help industry

Investors sour on cannabis after Democrats fail to help industry 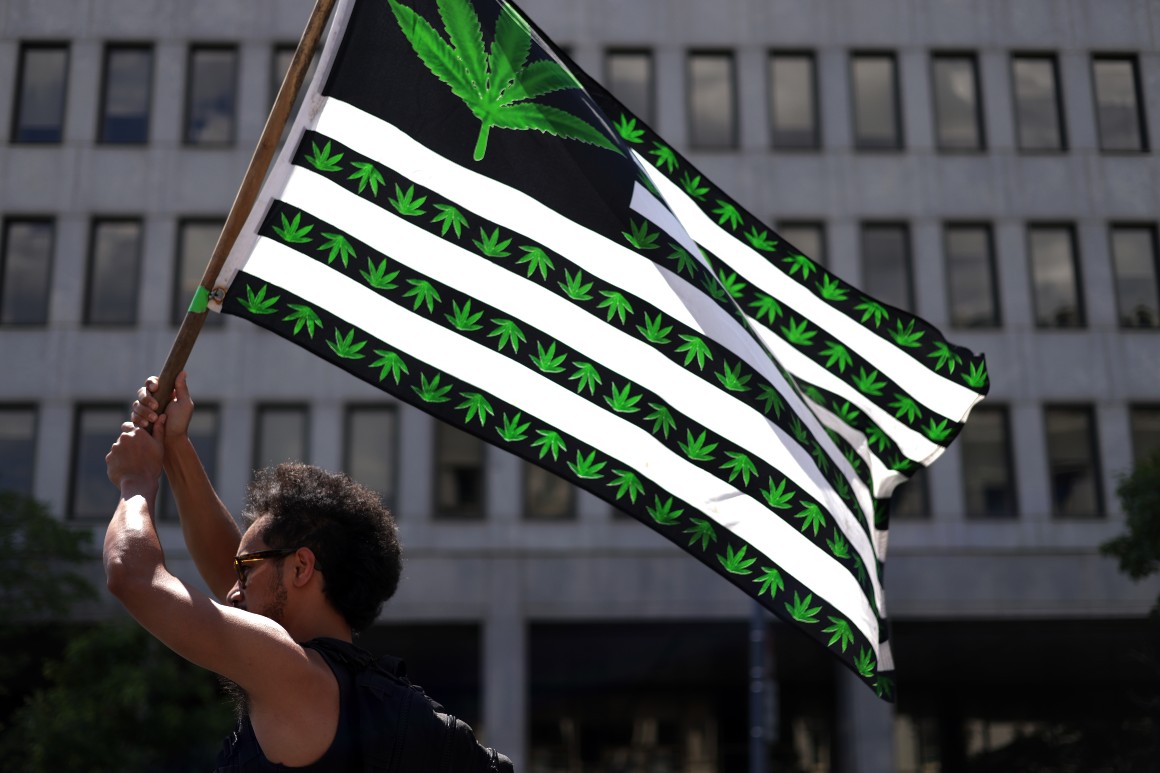 The marijuana industry is in a deep financial funk.

Stock prices have plummeted roughly 45 percent since mid-February, according to the AdvisorShares Pure U.S. Cannabis ETF, a popular gauge of the sector. Over the same time period, the broader S&P 500 is up about 20 percent.

“It’s got to be one of the worst performing asset classes in the United States, sadly,” said Morgan Paxhia, co-founder of Poseidon Asset Management, a cannabis investment firm.

One big reason for the financial doldrums is that Congress and the Biden administration have done nothing to ease marijuana restrictions, despite Democrats being in complete control of the federal government.

The latest blow: JPMorgan Chase’s decision to stop accepting some cannabis trades from brokerage clients, as first reported by Reuters on Tuesday. That comes on the heels of Credit Suisse Group making a similar announcement.

“The banks are seeing the same thing that I’m seeing, that there is no cannabis legalization coming in the next six to 12 months,” said Marc Adesso, an attorney with Saul Ewing Arnstein & Lehr who works on major cannabis industry deals.

It all adds up to a remarkable reversal from the start of the year, when optimism soared in the cannabis industry after Democrats won control of the Senate. Investors flooded into the industry. Cannabis behemoths raised billions in capital to bankroll expansion plans. Stock prices soared.

But Democrats haven’t passed any legislation in the ensuing 10 months — and the prospects for that changing anytime soon look remote.

The biggest immediate ask from industry is to pass legislation that would make it easier for cannabis companies to access banking services and raise capital.

“The banks are conservative beasts,” Paxhia noted. “We’re not asking for the moon here.”

The SAFE Banking Act has twice passed the House with big bipartisan majorities. But it’s gone nowhere in the Senate. And key Democratic lawmakers — including Senate Majority Leader Chuck Schumer and Sen. Cory Booker of New Jersey — have been adamant that they don’t think banking legislation should be enacted unless it’s paired with much broader changes to federal cannabis policy.

But a far-reaching cannabis legalization blueprint floated by Schumer, Booker and Sen. Ron Wyden (D-Ore.) over the summer hasn’t been introduced as a formal piece of legislation. Even if that changes, the odds of getting all 50 Democrats behind the plan — let alone the 60 senators needed to break a filibuster — are exceedingly slim.

The cannabis sales boom that occurred as Americans hunkered down to ride out the pandemic has also faded. In California, legal cannabis sales peaked at over $350 million in April of this year before declining for five straight months, with September sales falling below $300 million, according to cannabis analytics firm BDSA. Similarly, sales in Colorado topped $225 million in July of last year but have since slumped, with revenues of just over $190 million in September.

Despite the grim market indicators, the long-term projections for the cannabis industry continue to look bright. U.S. revenues hit $20 billion in 2020 — a jump of nearly 50 percent, according to New Frontier Data. Sales are expected to top $40 billion by 2025, driven by big new markets slated to come online in New York, New Jersey and Virginia.

“I have 99 percent of my net worth in this industry, and I’m not concerned where we are today,” he said. “There are a few of us that are really thinking about this as a 20-year horizon.”